IMPORTANT! Due to the response to Coronavirus (COVID-19) events on this site may be postponed or canceled. Please CLICK HERE for the latest information about cancellations.

Please note, this event has expired. 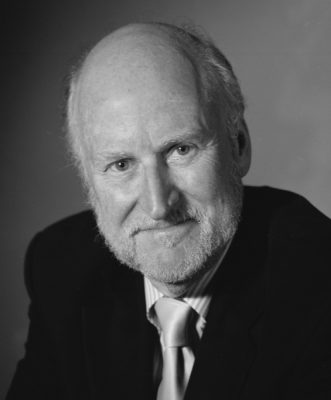 The Georgia Arts Network, the state’s designated arts advocacy organization, will host its annual conference of arts professionals from throughout the state in Macon, May 6 – 8, 2012. The conference includes sessions led by Georgia Presenters, a program of the Fox Theatre Institute; professional development workshops; and town hall-style talkback sessions with representatives from Americans for the Arts, the Center for Rural Arts Development, Georgia Council for the Arts, and the National

The Georgia Arts Network, the state’s designated arts advocacy organization, will host its annual conference of arts professionals from throughout the state in Macon, May 6 – 8, 2012. The conference includes sessions led by Georgia Presenters, a program of the Fox Theatre Institute; professional development workshops; and town hall-style talkback sessions with representatives from Americans for the Arts, the Center for Rural Arts Development, Georgia Council for the Arts, and the National Endowment for the Arts. The conference concludes with a Keynote Address by National Endowment for the Arts chair, Rocco Landesman, on Tuesday, May 8 at 1 p.m. at The Grand Opera House, located at 651 Mulberry Street in historic downtown Macon. Admission to the keynote speech is free and open to the public. Full conference registration is $159, $75 for students; and One-Day passes cost $89, $40 for students. For more information or to register visit www.GaArtsNetwork.org or call 478-301-2933.

Mr. Landesman was born and raised in St. Louis, Missouri. He pursued his undergraduate education at Colby College and the University of Wisconsin, Madison, and earned a doctorate in Dramatic Literature at the Yale School of Drama. At the completion of his course work, Mr. Landesman stayed at the school for four years, working as an assistant professor. In 1977, he left Yale to start a private investment fund which he ran until his appointment in 1987 as president of Jujamcyn, a company that owns and operates five Broadway theaters: St. James, Al Hirschfeld, August Wilson, Eugene O’Neill, and Walter Kerr theaters.

Mr. Landesman has been active on numerous boards, including the Municipal Art Society; the Times Square Alliance; The Actor’s Fund; and the Educational Foundation of America. Mr. Landesman has also vigorously engaged the ongoing debate about arts policy, speaking at forums and writing numerous articles, focusing mainly on the relationship between the commercial and not-for-profit sectors of the American theater. Over the years, he returned to the Yale School of Drama and Yale Rep to teach.

Mr. Landesman and his wife, Debby, have three sons: North, Nash, and Dodge. His biggest passions are theater, baseball, horse racing, and country music. On any given day he will insist that one of these is the perfect expression of American culture. At one time or another, he owned three minor league baseball teams, various racehorses, and a collection of Roger Miller long-playing records.

The Georgia Arts Network (formerly Georgia Assembly of Community Arts Agencies/GACAA) is a statewide organization serving the arts community and arts supporters with a mission to strengthen, connect, and advocate for the arts, artists, and arts education in Georgia. A volunteer board comprised of arts professionals from throughout the state manages an agenda that includes positioning arts and culture as essential to individual and public well-being and to the economic development of Georgia; connecting arts and cultural organizations, artists, and communities with resources and experiences that make them more effective, informed, and engaged; advocating for the arts through research, coalitions, and grassroots organization to build support for the arts, culture, and arts education; developing a more creative workforce for Georgia; cultivating engaged, informed arts participants and practitioners through arts education policy and projects; and facilitating interaction among a network of arts and cultural organizations, artists, and arts supporters where news, information, best practices, and promotional opportunities are openly exchanged. For more information visit www.gaartsnetwork.org.

Georgia Presenters is a statewide booking consortium that provides a vehicle for collective programming among presenters, theatres and communities to increase cultural opportunities in Georgia communities. The consortium was established in 2008 by presenting organizations, governmental agencies, private groups and devoted individuals who recognized the potential impact of collaboration among presenters. Georgia Presenters is managed by the Fox Theatre Institute, which provides communication and administrative assistance and human resources to support the organization.

About The Fox Theatre Institute:

Fox Theatre Institute (FTI) is the premier source for advice and consultation about historic theater restoration, preservation, and operations. By referencing the experience and success of The Fabulous Fox Theatre, FTI provides guidance to other theatres so that they too can create thriving arts programs in their own communities. For more information visit www.foxtheatre.org.

Admission is free and open to the public.

* Event durations (if noted) are approximate. Please check with the presenting organization or venue to confirm start times and duration.

Connect with this Organization: DONATE

Parking at The Grand is just steps from our front door and it’s free. Park in the lot directly adjacent to the theater, which is available to the public after business hours and on weekends. If the lot is full, please use available street parking (pay the meter for applicable spaces). Please make sure to secure any valuables to ensure their safety during evening performances.

There are currently no reviews/comments for this event. Be the first to add a review/comment , and let folks know what you think!

Macon365.com is brought to you by: